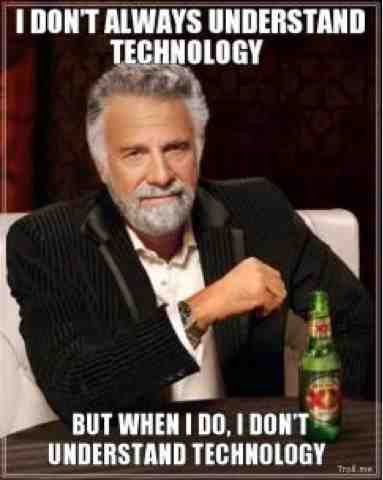 During a discussion about a homegrown software product, a college leader insisted the unsecure, in-house software should simply be ‘fixed’ for, after all, software development, “(I)sn’t rocket science.”

In reality, software development kinda is rocket science, at least to the layperson. There is a reason Mark Zuckerberg’s net worth hovers around 20 billion dollars.
Downplaying the skill required in software development is not only an archaic mindset, it also minimizes the importance of technology in just about every field. I read a recent article which states:
“The reality is the U.S. economy will produce about 120,000 computer-science jobs annually through 2020, according to the Bureau of Labor Statistics. However, we only produce 40,000 bachelor’s degrees in that field each year.”
Think about your daily tasks. Think about your weekly processes. Think about year-end. Now imagine there is no technology. Office clerks don’t exist anymore. Inter-office mail is slowing down. Less ballpoint-penned signatures are needed. Where’s all the paper?
Automation.
Automation is born through technology. From the most basic tasks to the largest, enterprise-wide missions, technology is pervasive and integral.
Technology isn’t just an asset the office environment. I haven’t bought a movie ticket at a movie theater in years. I shop in a physical store 5% of the time. I write one paper check a month. I haven’t spoken to a gas station in a decade unless I’m buying a lottery ticket. Airport curbside baggage check? Really? Everything is online, slide your debit card, a few keystrokes.
I’m not implying technology leaders should once again be regaled as the smartest people in the room, speaking in acronyms and exclusive jargon. Quite the opposite. But there needs to be respect for the field to breed student interest. Without technology students the future points in one direction: too few tech experts, making exponentially too much money, massive pressure, slowing down innovation and hindering continuous improvement.
Get on board, leaders. Don’t pretend to know anything about a world you know nothing about, especially if you don’t ‘get’ the value. Remember the saying, ‘If it’s too loud, you’re too old’? If it’s too technical for you, empower your technology leaders to do their job. Do not stymie their efforts just because you don’t get it.
Prospective students this is for you: Technology is cool, learn at least 1-3 languages, do the hands-on tech first then cherry-pick your career.
Prospective female students: You are a hot commodity in technology. Be that tech chick. Before long you’ll be defining your own path.
Rocket science, brain surgery, technology. All capable of making possible the impossible, turning imagination into reality and, yes, saving lives. Pretty cool, huh?
Full article referenced above: http://inspirestemusa.org/need-for-stem-graduates-is-indisputable/